Costa Rica... land of surreal sunsets, pumping surf, and Pura Vida. This Central American Country is also ranked at the top of the list of happiest countries in the world by the Happy Planet Index. Not to mention, they are home to one of just five Blue Zones in the world, meaning it's a place where people live longer, higher rates of centurions, and remain healthier and happier longer than anywhere else in the world.

In the summer of 2016, me and my boyfriend, Jeff, decided to travel to this country and stay for two months. He's a professional photographer who loves to surf and I'm a voiceover artist and yoga teacher. And now, almost a year later we're finally getting around to writing about our time there.

During our time in Costa, we primarily stayed in the Guanacaste region in the northern part of the country on the Pacific Ocean side. We spent the first half of our trip staying in a friend's quaint little cabin nestled in an eco-friendly community, Pura Jungla. Once a barron property, in the past 30 years, the owner has planted over a million trees and built a water filtering system that provides all of the home owners with clean drinking water- which we learned later, having unlimited access to clean water is a really big deal in this country. 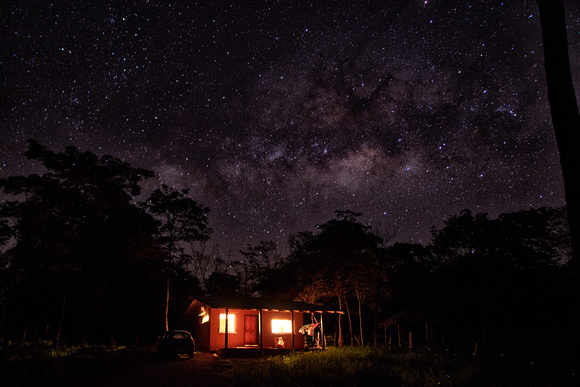 In the not too far distance from this little cabin, we could hear the crashing waves. The beach was only a couple kilometers drive away. 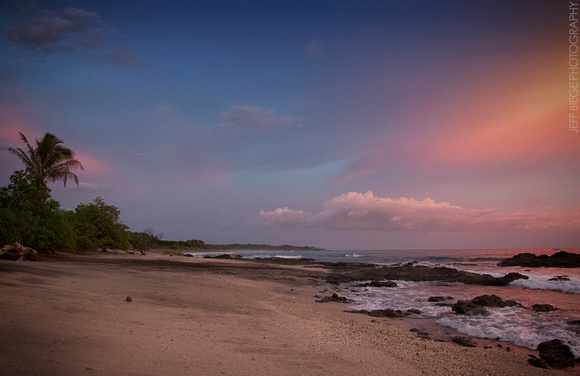 Costa Rican sunsets have a way of making you feel like you're on a movie set of some kind of chick flick with lots of kissing a romancy type stuffTaken in Junquillal. This beach is tucked away and hidden from most of the tourists. You'll see a few locals hanging around, but for the most part is a very quiet beach.

Every day we got to enjoy breathtaking views.

But that's not the only reason we enjoy visiting this magical place. Here are a few other reasons that keep bringing us back to Costa time and time again. 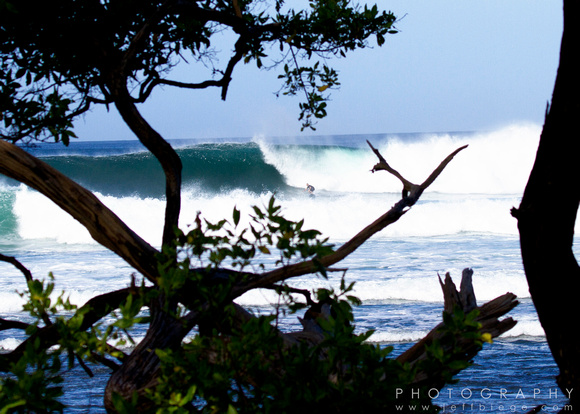 This photo was taken at Playa Negra, a world-renowned surf spot known for its right hand reef break. Located in the northern part of the country on the Pacific Ocean side in the Guanacaste Region. It's not for the faint of heart, and even the most experienced surfers are hesitant to paddle out. Jeff surfed here once during our stay... but as he says, it's one of those breaks where his teeth are clenched together and so are his butt cheeks. Most days it was a hunt to find the best waves for that day. The right size, a good swell direction, and the timing of the tide... all make for finding the perfect spot. Here's Jeff enjoying some waves at a secret spot. 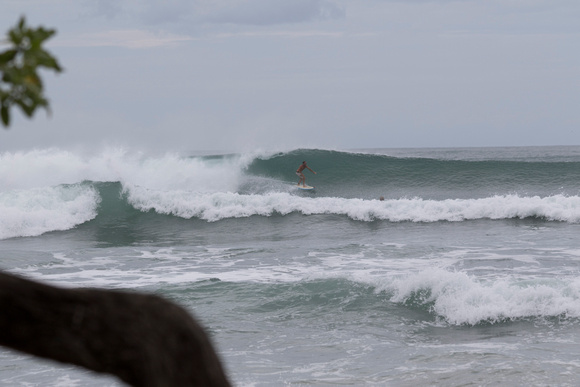 There are spots throughout the country to suit all kinds of levels of surfers, including newbies like me. 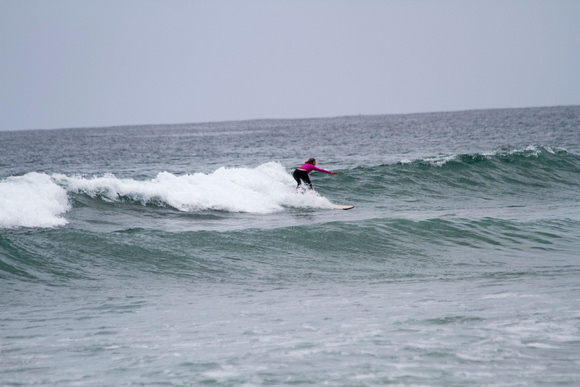 After several days of lessons with Avellanas Surf School, I finally caught a few waves. On this day, I rode several long ones all in a row. I was stoked!

But most other days, I just stuck to diving under the pounding waves. 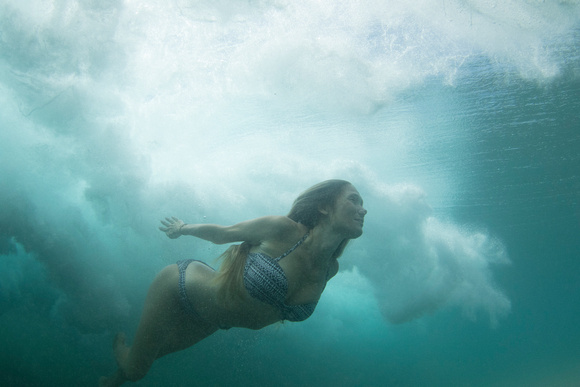 This was an impromtu shoot at Negra. Jeff was taking photos of waves that day as I was swimming when he said "hey, swim under this wave and let me take some pictures". It's not easy to keep your eyes open as you swim under but it was a lot of fun creating this image together.

One of the many things I learned on this trip was a deep respect for the ocean. The waves and current don't mess around in this part of the world. On more than one occasion, I thought I might drown from the pounding waves or get swept away with the strong rip current. Even Jeff, who is much more experienced in the water, almost drowned on his first day out for a surf. The ocean has a way of making you feel humble.

~Adventure awaits around every corner 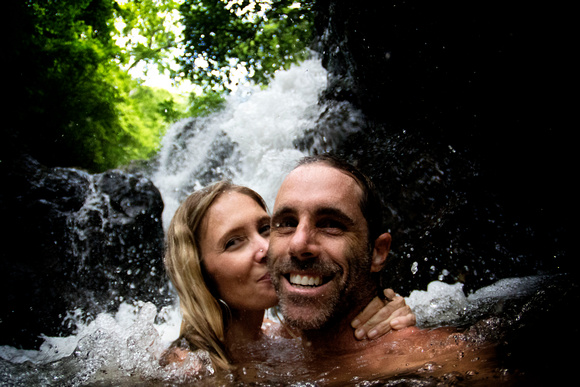 Of course there are incredible waterfalls scattered throughout the country. This one was a smaller one but hidden away from the crowds. We were visiting friends, Pamela and Jeffrey, in Nosara. It's only about 50 miles south of Negra, but on Costa Rican roads- it took us about 4 hours to drive in our tiny rental car to our destination. Driving into Nosara is a bit different than some of the other places we visited in the country. Nosara has quickly become a world-renowned yoga retreat destination. People come from all over to enjoy the high-end luxury that is offered in this area. Even the grocery stores are equipped with expensive items you can't find in other typical Costa Rican stores. And as many American appreciate, they even have gourmet coffee shops.

When we arrived in Nosara, our friends suggested we go find a nearby waterfalll they had heard about, so we set off on an adventure. Luckily, Pamela speaks fluent spanish so we were able to ask for directions along the way from the locals. We kept getting closer and closer but were not finding anything resembling a waterfall. We finally ran into a gringo family from Florida of all places (where we're from) and after walking through a cow pasture, jungle, and crossing a small creek, they led us right to the tucked away little gem.

As much as we would have liked to stay longer in Nosara and enjoy the amazing yoga classes at the resorts, we found something closer to home and closer to our budget. 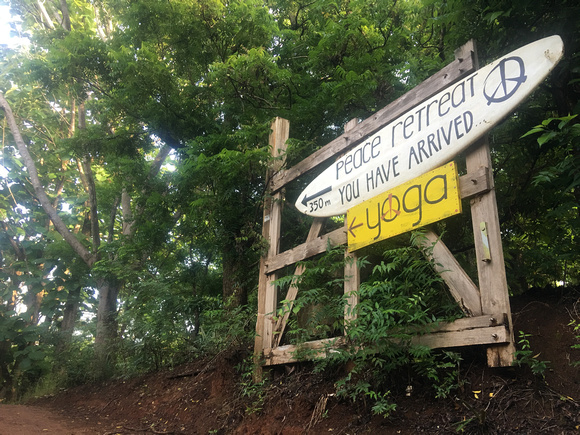 Peace Retreat is a resort in Playa Negra, and happened to be just down the road from where were staying. Luckily, timing was perfect and I got to enjoy one of their week-long Ayurvedic detox retreats. It was a week of two yoga classes a day, ayurvedic cooking lessons and journaling assignments that inspired self reflection. It was exactly what I needed to help me get more balanced during our extended stay. 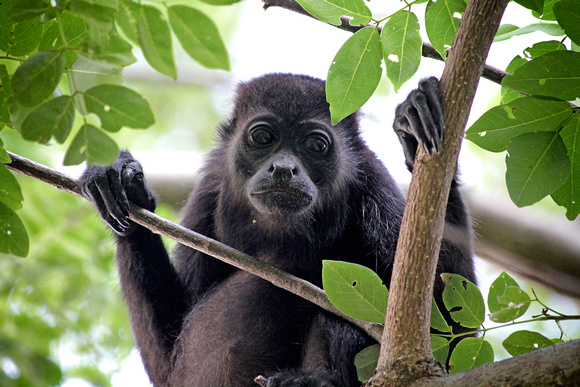 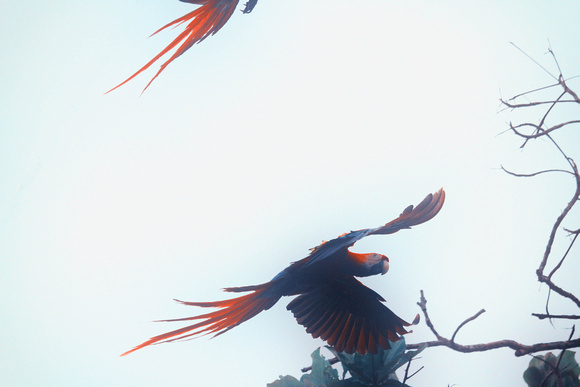 Waking up to the sounds of Howler monkeys and parrots is quite possibly the best alarm clock on earth. During our time in Costa, our bodies adjusted to the natural rhythm of nature's clock. We got up earlier and went to sleep early. In the mornings, we'd sip on our coffee while listening to the howler monkeys announcing their machoness while the parrots would spend the morning gossiping and chatting away.

During our stay we saw all kinds of cool creatures... like crocodiles...

watch out for these guys though, while we were there, an American tourist surfing in Tamarindo had his foot bit off by a crocodile. Yikes!

We also saw all kinds of different species of lizards including spiny iguana's like this one... 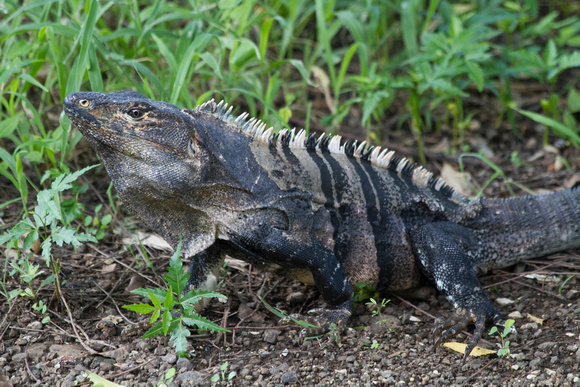 And the list goes on... butterflies of every color and shape, insects I never knew existed, it's a nature lovers paradise for sure.

If you're a nature loving, wave chasing, surfer, and photographer, it's pure bliss. Jeff was able to capture so many beautiful images of his favorite thing in the world to shoot: WAVES 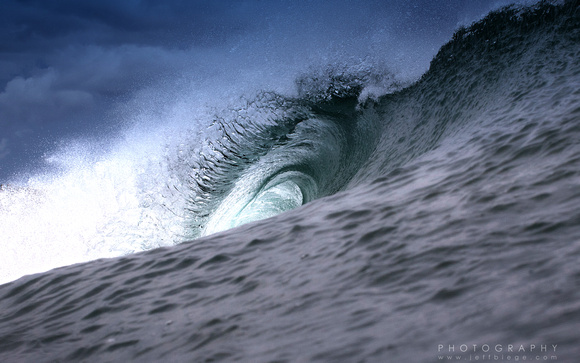 In Costa Rica, they use the phrase "Pura Vida", it means pure life, but it's often used as a greeting or just to say "hey! life is good!" That mind set, that way of life gets into your soul. And if you spend enough time visiting this country, you will inevitably be drawn back to that Pura Vida vibe. 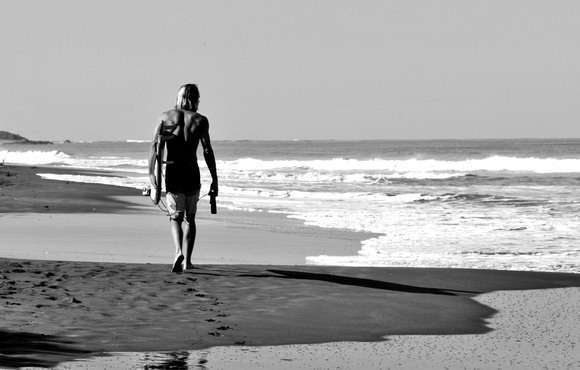 Until next time, Costa Rica... We'll definitely be back soon :)